This content has been written and checked for quality and accuracy by
Dr. Niculae Ciobanu Content Administrator Updated on: 07/01/2021 Next review: 07/07/2021 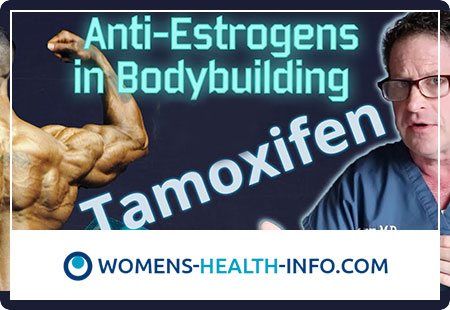 Tamoxifen was first synthesized in 1962 in an attempt to create a birth control pill that is taken the day after intercourse. His tests showed that he did not give the desired effect, but other valuable qualities soon showed up. There was an understanding that estrogen is the problem hormone in those suffering from breast cancer. Tamoxifen has been shown to block the interaction of estrogen with its receptors. At the same time, the level of estrogen in the body did not decrease, and this was very valuable.

Another important benefit of tamoxifen that has been discovered is its effect on stimulating the production of its own testosterone, making it ideal for use on PCT.

Many who use Nolvadex on the course do it in order to protect themselves from gynecomastia. Steroids, which are highly androgenic, often lead to this problem. Tamoskifen helps prevent it. For most people who take tamoxifen on a course for this purpose, 10 mg per day will be enough. However, for some, this will not be enough, such athletes will also need to reduce estrogen levels with aromatase inhibitors such as arimidex or letrozole. For many, aromatase inhibitors are a more reliable option than tamoxifen.

PCT is the most common period of use of tamoxifen in bodybuilding. It has been proven that Nolvadex has a significant effect in terms of stimulating the production of its own testosterone, mainly by increasing the level of luteinizing hormone. It is understood that when anabolic steroids are used, the production of its own testosterone is suppressed. The degree of suppression depends on the type of steroids used and the duration of their use, but it (suppression) will take place anyway. Once the course is completed, you need to be ready for action in order to maintain the gained meat and health. Most who follow the correct PCT regimen do so for 3-4 weeks, and for them tamoxifen is the way to go. For many, there is nothing better than PCT using only hCG and tamoxifen. However, make no mistake, believing that in a few weeks of such therapy, you will return 100% of your former production of your own testosterone, although this will

Total: when taken during a course of anabolic steroids, the effect of tamoxifen in preventing some of the side effects of anabolic steroids is very decent, but aromatase inhibitors will be more effective in this regard. However, when it comes to PCT use, tamoxifen is definitely one of the best therapies, and it is during this period that most bodybuilders will be able to get the most out of its use. 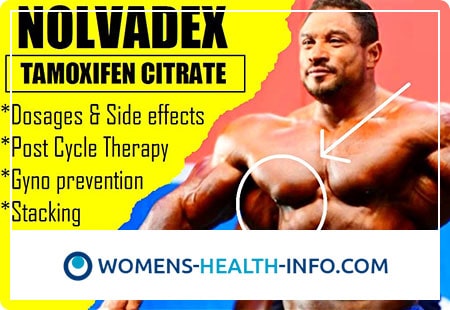 Nolvadex is one of the two most readily available non-steroidal estrogen antagonists (the other being Clomid). A hormone antagonist corresponds structurally to a receptor for this hormone, so that the latter cannot exert its effect. In theory, the antagonist should not act on the receptor in any way without causing any effects. In reality, hormone antagonists cause problems. Nolvadex is a classic example of an antagonist with very different results. In humans, Nolvadex acts as an antagonist on some cells and as estrogen on others. Over the next few years, a new generation of tamoxifen derivatives with virtually no estrogenic effect will appear. However, now Nolvadex effectively blocks estrogens in some women with breast cancer, but some women are resistant to the drug, and their concentration of estrogen in their blood may even rise.

According to some scientific data, in men, Nolvadex reduces the size of a swollen breast, but only if it has not come to the formation of a benign tumor. Otherwise, the best (and usually the only) salvation is surgery.

Taken in conjunction with anabolic steroids, Nolvadex helps the muscles to acquire a firmer and more prominent appearance. True, some of the athletes who used Nolvadex while taking steroids claim that it somewhat reduces the results of the course. This is most likely due to the fact that Nolvadex, acting as estrogen in the liver, reduces the production of insulin-like growth factor (IGF-1)

True, steroid guru Dan Duchain expressed a different point of view: “Testosterone is not an anabolic by itself, but only with a high level of estrogen, only this allows it to fully manifest its qualities. The anabolic activity of many steroids is therefore reduced when Nolvadex is taken at the same time. However, those who use "heavy artillery" like Anadolon or Sustanon during the course, or who are fond of high dosages, have nothing to fear. But for those who do not want to risk their health and prefer mild low-adrogenic steroids (Winstrol, Primobolan), it is worth considering whether it makes sense to take Nolvadex at the same time.

When using easily aromatized steroids, the best effect is given by the joint administration of Nolvadex and Proviron (see Proviron). For example, a daily intake of 10-30 mg of Nolvadex and 25-50 mg of Proviron almost completely protects the body from unwanted accumulations of estrogen. However, one should warn: the dosage of antiestrogens must be approached very carefully, as well as the dosages of any other drugs. Remember that some estrogen is required by the body to function properly. And complete blocking of estrogens can have side effects such as decreased libido, depression, and poor mood.

Other possible side effects when taking high doses of Nolvadex are gastrointestinal upset, dizziness, skin rash.