This content has been written and checked for quality and accuracy by
Dr. Niculae Ciobanu Content Administrator Updated on: 05/01/2021 Next review: 05/07/2021 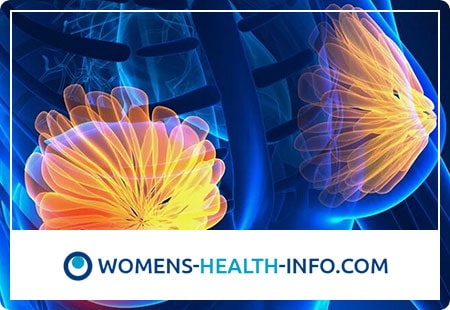 The mammary glands are glandular hormone-dependent organs that are part of a woman's reproductive system, which develop and begin to function under the influence of a whole complex of hormones: releasing factors of the hypothalamus, pituitary gonadotropic hormones (follicle-stimulating and luteinizing), chorionic gonadotropin, prolactin, thyroid-stimulating hormone of course estrogens, progesterone and androgens.

The most common among other forms of breast cancer (75 - 80%). In the early stages, the tumor usually does not cause unpleasant subjective sensations. The only complaint, as a rule, is the presence of a painless dense tumor-like formation or area of ​​compaction in one or another section of the gland, more often in the upper-outer quadrant.

The examination evaluates 4 categories of signs:

On examination, the symmetry of the location and shape of the mammary glands, the condition of the skin, areola and nipple are determined. Even with small (up to 2 cm) tumors, the symptom of "wrinkling" can be determined. With the central location of the tumor, even with small sizes, you can notice the retraction of the nipple and its deviation to the side.

Palpation can determine the "minimal" cancer - about 1 cm, it all depends on the location of the tumor. With its superficial or marginal location, at the smallest size, due to the shortening of the Kupffer ligaments, a symptom of "wrinkling" or retraction of the skin over the tumor appears. On palpation, the node is often painless, without clear contours, of a dense consistency, with limited mobility along with the surrounding glandular tissue.

In the metastatic stage, symptoms of tumor intoxication join: weakness, dizziness, loss of appetite, etc. Symptoms of damage to other organs appear: cough, shortness of breath, pain in the abdominal cavity and bones, which requires a more precise diagnosis in order to establish the stage of the disease.

Common features for these forms are the triad:

Edematous infiltrative cancer. It is characterized by the presence of a painless or slightly painful dense infiltrate without clear boundaries, which occupies most of the gland. At the same time, the mammary gland is enlarged, the skin is swollen, hyperemic in a fold, it is collected with difficulty, looks like an "orange peel" due to blockade of the lymphatic pathways by tumor emboli or compression by tumor infiltrate. Edema is most pronounced on the areola and surrounding tissues. In the armpit, dense lymph nodes are often determined, merging into a conglomerate.

Inflammatory (inflammatory) cancer. This form is represented by mastitis and erysipelas. They are quite rare, but they often cause serious diagnostic errors.

Mastitis-like cancer. In contrast to edematous-infiltrative cancer, the symptoms of cutaneous hyperemia and hyperthermia are more pronounced. The mammary gland is enlarged, edematous, tense, infiltrated, hot to the touch. In the thickness of the gland, a painful infiltrate is felt, the skin over it is hyperemic, cyanotic.

Erysipelas cancer. With erysipelas breast cancer, the skin is sharply hyperemic, with uneven scalloped edges in the form of "tongues of flame" due to the spread of tumor cells through the lymphatic capillaries and vessels - cancerous lymphangitis. Skin edema, hyperemia and hyperthermia are most pronounced.

Armored cancer. This is a relatively rare form, takes a long time, torpid. Armored cancer is characterized by extensive tumor infiltration of both the tissue of the gland and the skin covering it. The process can extend beyond the breast and spread to the chest, as well as the other mammary gland. It is manifested by wrinkling, compaction and reduction in the size of the mammary gland. Skin changes resemble a shell: many small merging tumor nodes appear, the skin becomes dense, pigmented and poorly displaced.

Intraductal breast cancer most often develops from intraductal papilloma and represents microfollicular foci. In the initial stage, the only symptom indicating the presence of a pathological focus is bloody discharge from the nipple. Palpation of the tumor at first cannot be determined due to its small size and soft consistency.

Paget's cancer is an intraductal epidermotropic breast cancer that arises from the orifices of the large excretory milk ducts of the nipple. Paget's disease has a different clinical course: most often, the lesion of the nipple and areola comes to the fore, less often a tumor is determined near the nipple, and changes in the nipple are secondary. Patients feel a burning sensation, tingling sensation and mild itching in the nipple area. In the initial stage, scales appear on the nipple and areola, surface erosion, and non-healing cracks. The nipple is enlarged, compacted, and the areola is swollen. The skin has a reddish color, in places it appears grainy, as if devoid of epidermis.

Over time, the nipple flattens, collapses and an ulcerated surface forms in its place, then the process spreads to the areola. The appearance of the mammary gland changes: an ulcerated disc-shaped surface is formed at the site of the nipple and areola, rising above the level of the skin with roller-like edges. In the future, the process spreads eccentrically, capturing more and more new areas. In the breast tissue, a tumor-like formation can already be clearly palpated.

Diagnosis of breast diseases is based on examination of the mammary glands, their palpation, mammography, ultrasound, puncture of nodules and suspicious areas and cytological examination of punctate.

With relatively large cancerous tumors, the following symptoms can be found:

Mammographic examination is a highly effective method for the recognition and differential diagnosis of diseases, which plays an important role in the diagnosis of breast cancer.

Primary radiological signs of cancer: the presence of a characteristic tumor shadow. Most often it is an irregular, stellate, amoeba-shaped shadow with irregular, indistinct contours with a radial severity. A tumor node may be accompanied by a "path" to the nipple, its retraction, thickening of the skin. Presence of microcalcifications, i.e. salt deposits in the duct wall. They are found both in cancer and mastopathy and even in the norm. However, their character is different. In cancer, microcalcifications are usually less than 1 mm, resembling grains of sand. The more there are, the smaller they are, the more likely cancer is.

Ductography (galactography or contrast mammography). It is carried out after the introduction of a contrast agent into the milk ducts. It is indicated in the presence of discharge from the nipple of any nature and color, but especially with a significant amount and bloody nature.

The cytological method for diagnosing breast cancer allows one to judge the process before starting treatment, when the most reliable confirmation of the clinical diagnosis is required.

Incisional biopsy - taking a piece of tissue for cytological and histological examination. This procedure is performed under local anesthesia.

Diagnostic sectoral resection of the mammary gland is used for non-palpable breast masses or when it is impossible to verify the process using other research methods. 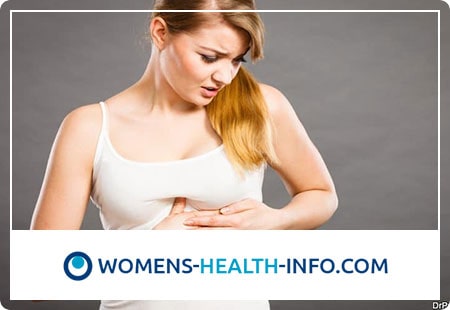 Surgery, radiation therapy, chemotherapy, hormone therapy, and immunotherapy are used to treat breast cancer. Depending on the stage of the disease, the rate of tumor growth, the severity of the infiltrative component, the state of the tissues surrounding the tumor, the patient's age, her hormonal background, immunobiological status, concomitant diseases, general condition, etc., treatment is planned, which can be radical and palliative, and also surgical, combined and complex, when various therapeutic methods are used simultaneously or sequentially.

Until now, it remains the leader in the treatment of breast cancer. The scope of surgical interventions used for breast cancer varies:

This is a method of locoregional influence on the tumor process. It is used both in the preoperative and postoperative periods. Preoperative radiation therapy allows to reduce the malignancy of the primary tumor due to the death of its poorly differentiated elements, to reduce intraoperative dissemination of tumor cells, deprives devitalized tumor cells of the ability to implant into distant organs in the irradiated area and, thereby, prevents the occurrence of early relapses.

To achieve these goals, the total focal doses (SOD) of 40-50 Gy are considered sufficient, summed up in 4-5 weeks to the postoperative scar (or mammary gland) by 40 Gy per zone of lymph drainage.

Unlike radiation therapy, chemotherapy is a method of systemic treatment, i.e., it is capable of affecting tumor cells in all organs and tissues of the body. To reduce the level of estrogen in patients of reproductive age, bilateral oophorectomy, radiation castration or gonadotropin-releasing hormone are used. A synthetic analogue of this hormone - the drug Zoladex - with constant use by inhibiting the release of luteinizing hormone by the pituitary gland leads to a decrease in the content of estradiol in the blood serum to a level comparable to that of women in menopause. The anti-estrogenic synthetic drug tamoxifen (nolvadex, zitazonium), the mechanism of action of which is based on the ability of the drug to competitively bind to estrogen receptors of tumor cells and prevent their interaction with estrogens, primarily with estradiol, has become widespread in breast cancer. Currently, tamoxifen is prescribed at 20 mg per day for 5 years.

To reduce the level of estrogen in this category of patients, drugs are used - aromatase inhibitors (mamomit, femara, etc.)

In low-risk patients, tamoxifen may be recommended or no additional drug treatment altogether.

The optimal regimen of neoadjuvant chemotherapy is 4 courses.

Hercentin, a drug of a fundamentally new mechanism of action, is effective for overexpression of HER-2 / neu in breast tumors. Hercentin is recommended for use in combination with hormone therapy and chemotherapy.

It is known that almost all cancer patients have disorders of the immune status due to the immunosuppressive effect on the body of the tumor itself, as well as as a result of therapeutic measures (surgery, chemotherapy and radiation therapy). Therefore, immunotherapy to one degree or another is indicated for all cancer patients.